We Already Know How To Cure Cancer

- limited sugar-carbohydrate diets combined with inhibition of glucose synthesis from the liver would be the most appropriate anti-cancer therapy.

- a low-carbohydrate (no bread, no rice, no pasta), or calorie-restricted and/or ketogenic diet (low calories, high fat) decreases the growth of cancer by 15-30% in animals. 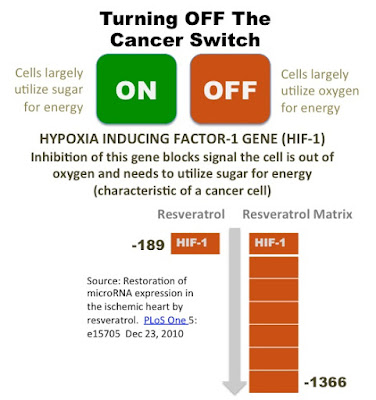 Will anything ever change in cancer therapy?
Oncologists only mention in passing that there are no cures for cancer and in fact, cancer cells are only temporarily killed off with chemotherapy or radiation.  Since treatment is spaced out to allow for recovery, during these intervals cancer cells repopulate.
Seventy-percent of cancers are solid tumors which radiation or chemotherapy cannot penetrate.
Chemotherapy inevitably results in cancer treatment resistance and destroys the immune system.  Modern cancer treatment is largely an exercise in futility.
Infusion of chemotherapy agents in the oncologist’s office, which by one report only contribute to ~2% of the cancer cures, generates 80% of an oncologist’s income.  Any therapy that would interrupt that income stream would likely be ignored or rejected outright.
Nothing may ever be allowed to change in the cancer treatment arena.  But that doesn’t mean you need to be a victim of cancer and/or be duped by the cancer treatment industry.
Will anything that I said tonight change the way you practically address your diet or alter your health decisions?  That is not likely.
A long-term study in Canada showed that patients who elected to undergo cancer treatment achieved a median survival of only 9-months over patients who refused to undergo radiation, surgery or chemotherapy.
Do you think that you would stand a good chance of living more than 9 months longer by adhering to what you have learned here tonight?  Do you think that a low sugar/carbohydrate diet combined with a drug like metformin or a molecule like resveratrol would prolong life by 9 months without all the pain, suffering, anguish and financial ruin that results from modern cancer treatment?
It was John Ely PhD who had shown in the animal lab that only 1 in 20 mice (5%) fed a low-sugar died expired from implanted breast tumors whereas 16 of 24 mice (66%) fed a high-sugar and carbohydrate diet failed to survive, ventured to place two end-stage terminal breast cancer patients on a low-sugar/ low carbohydrate diet combined with oral vitamin C.  Each subject shed 50 pounds and lived 11 and 13 years respectively.
  So what are you going to tell others about what you heard tonight?   You may tell others you heard some homeopathic lecturer talk about sugar and cancer at a dinner party and you decided to forgo dessert.  You are stymied.  You don’t know what to do with the information that has just been delivered to you.  You, you want to check with your doctor first.  You need to hear this from others before you believe it.  Why doesn’t my doctor tell me this, you ask?  Yes, why doesn’t he?
You see, you have never made an independent health decision in your lifetime and now you are being asked to do that in regard to a mortal disease.  You are paralyzed by the thought of making the wrong decision.
If your mother has cancer and you attempt to share this information with her to forgo chemotherapy, your relatives will secret her away for a second opinion with an oncologist and you won’t be able to stand up to them.  They have the doctors and all that medical technology on their side and all you have is a few herbs and a diet in their place.
So where does this information leave you?
In summary, if you prefer conventional medicine and you or a loved one are diagnosed with cancer or desire to prevent recurrence of cancer you might consult with a licensed physician about a prescription for the anti-diabetic medicine metformin.
If you adamantly have camped yourself away from using any conventional cancer treatment and are looking for a natural remedy, you might start with resveratrol in modest doses (no more than 350 milligrams/day).  If you already take metformin, you can take resveratrol with it to potentiate its action.
If you absolutely don’t want anything to do with pills, you can start with a low-sugar/ low-carbohydrate diet.
So where did I just leave my audience – perplexed, paralyzed, frightened, pulled in two directions, pitted against family members and doctors, feeling they face the rest of life without ever having a chocolate chip cookie again, feeling exploited by the cancer treatment industry, and needing validation from other sources?  Shall we muscle test the ideas presented here?  You will have to sort it out from here on your own.

  I often ask myself why I beat myself up attempting to reach out to people who have no ears to hear?  My message of hope is trumped by white coated-doctors with Mayo Clinic diplomas.  But how can they say it is unproven, especially when chemotherapy and radiation treatment have been disproven?And with that said, why don’t we take care of all the tension I have just created and have an extra dessert?

New comments are not allowed.