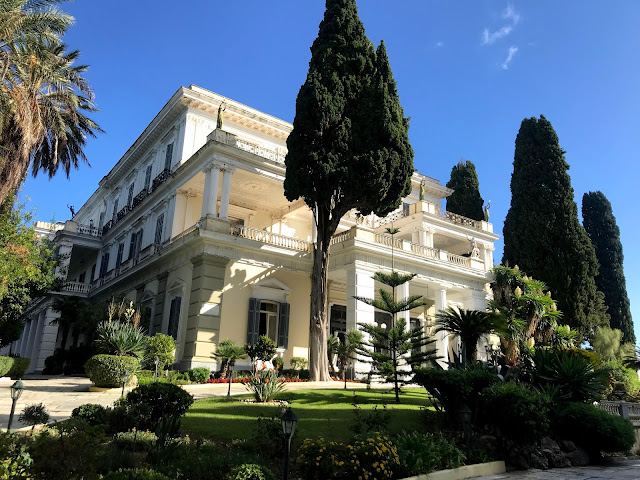 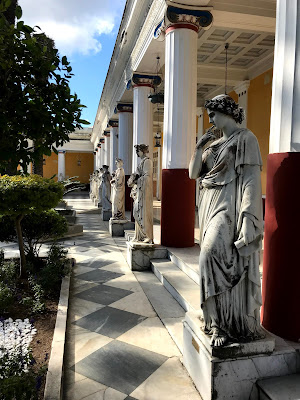 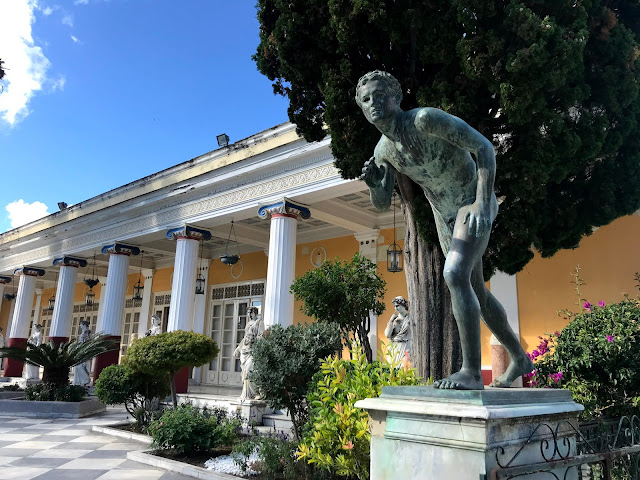 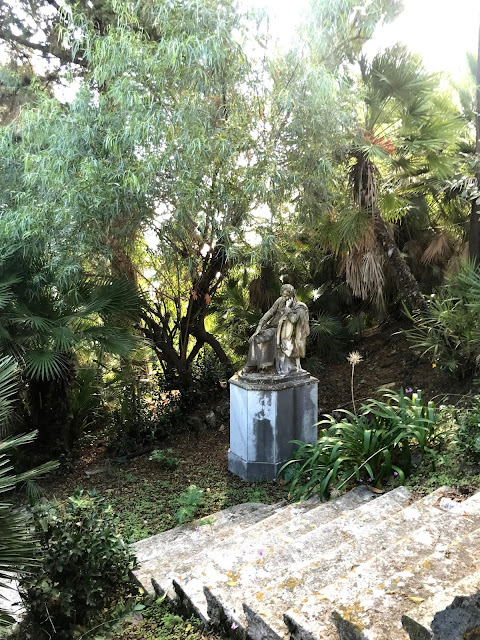 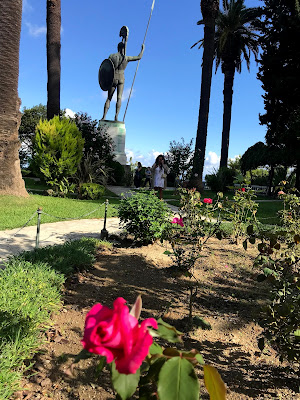 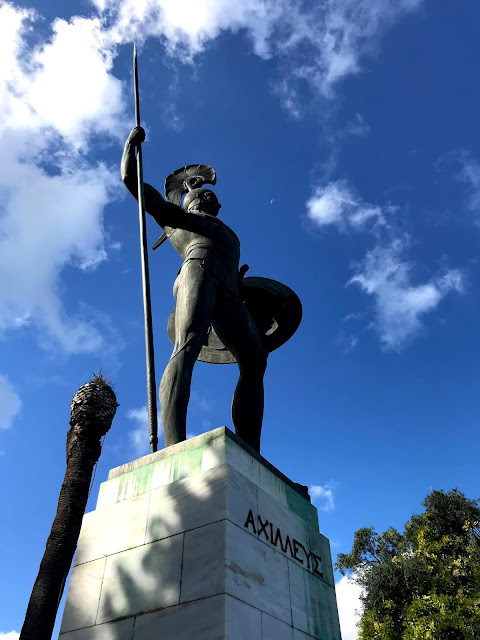 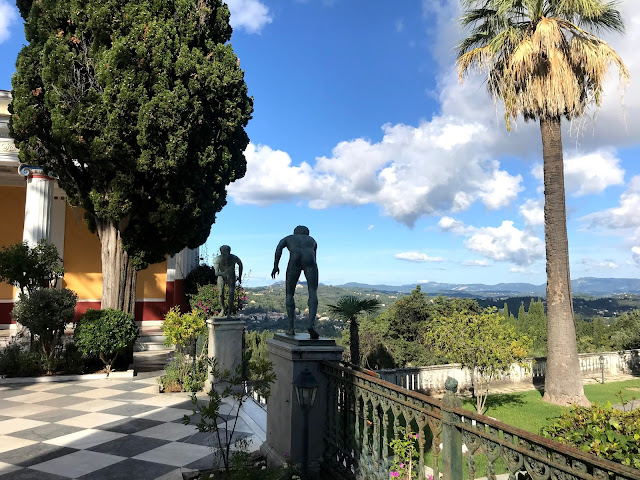 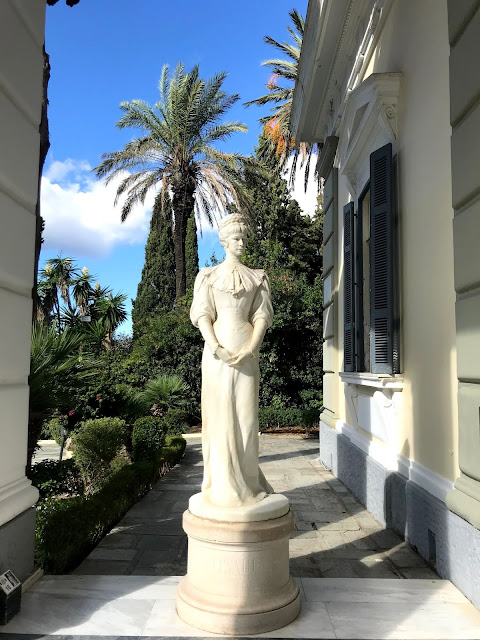 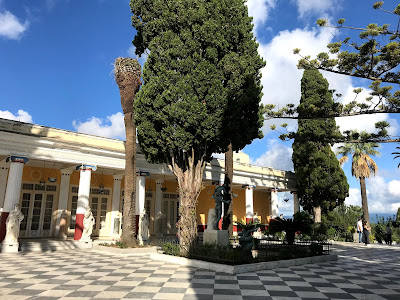 The decoration of Achilleion was supervised by Elizabeth herself and reflects her admiration and love for Classical Greece, both interior and exterior are decorated with statues of ancient philosophers, heroes, and mythical ancient gods.

The entrance is decorated with many statues and columns, two centaurs decorate the balcony on the first floor and four brass Mice guard the balcony of the second floor.
Besides, the columns are statues of gods and philosophers.

On the second floor, there is a brass statue of the god Hermes and the central large hall is dominated by works of Italian painters, most notably that of the Austrian Franz Matt depicting the triumph of Achilles.

On the balcony of the first floor, where there were the apartments of the Empress, the Ionic columns are adjoined by busts of philosophers and statues of the nine muses.

In the gardens of the palace are found the famous statues of the dying Achilles, Dionysus with Satyros on his shoulders, an impressive statue of Achilles 11.5 meters high, and a statue of Lord Byron.

After the murder of Elizabeth, the palace was bought by the Kaiser of Germany William II

The Kaiser made additions to the building and built the Kaiser’s bridge, 2 km from Benitses, to use it for swimming away from prying eyes, and also mooring his yacht.
It is said that he came here in summer to draw up his war plans secretly. 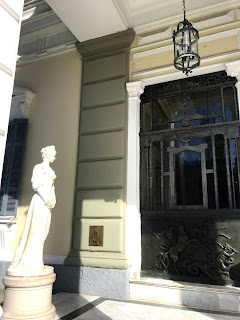 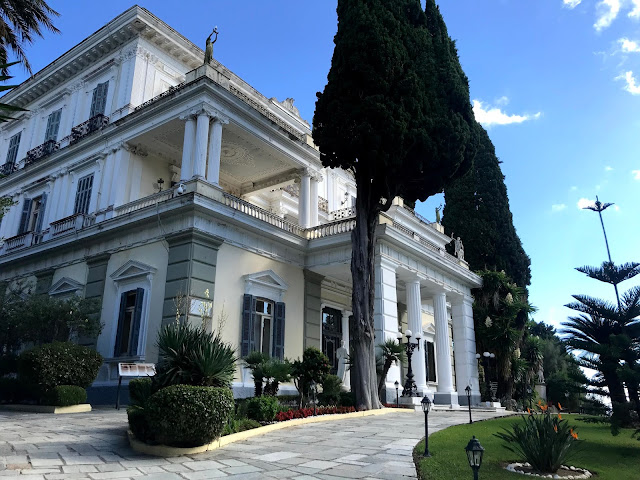 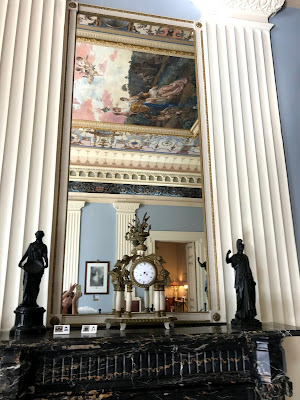 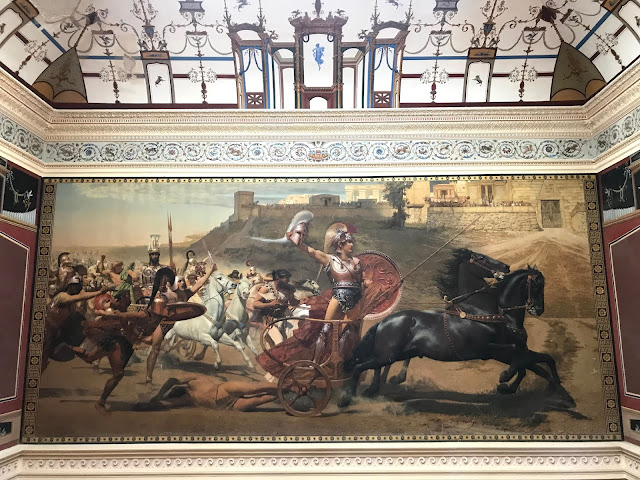 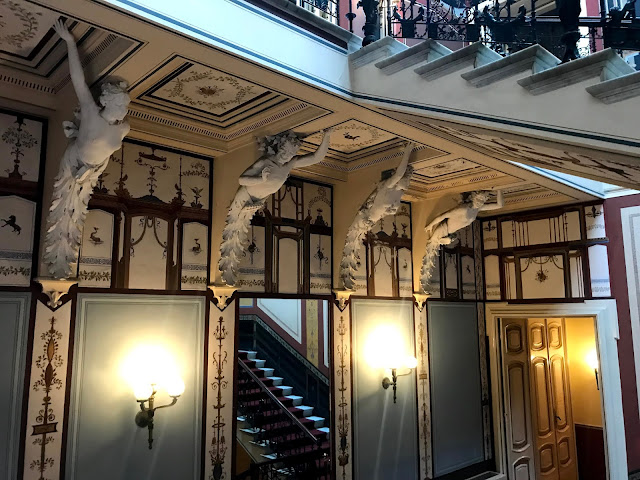 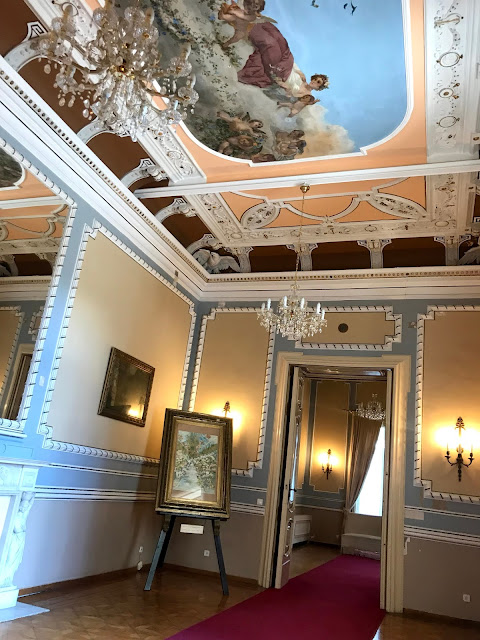 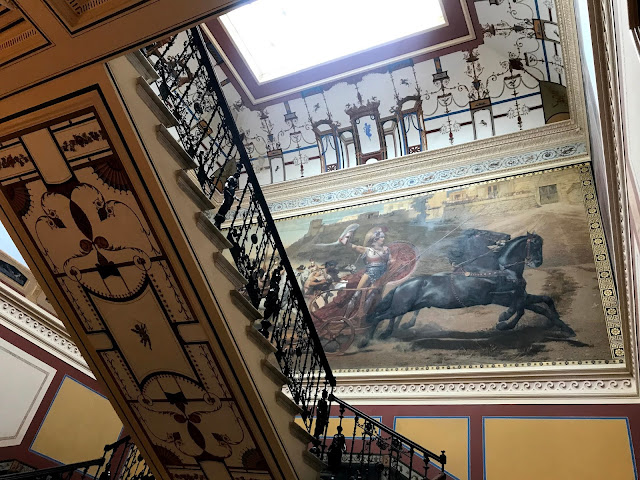 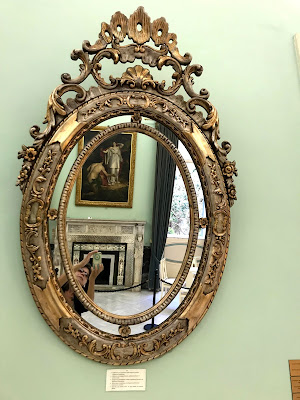 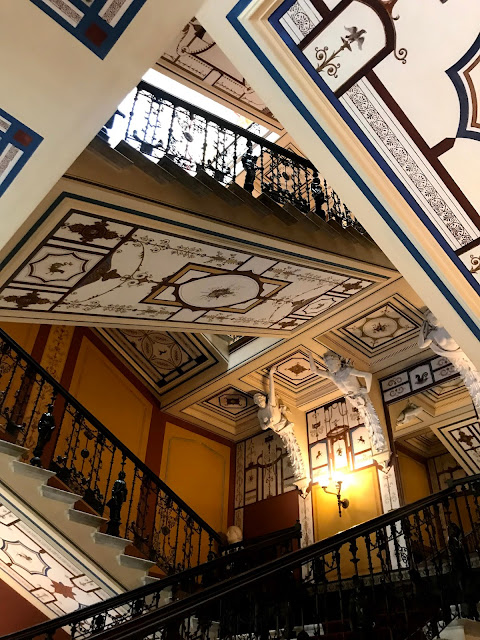 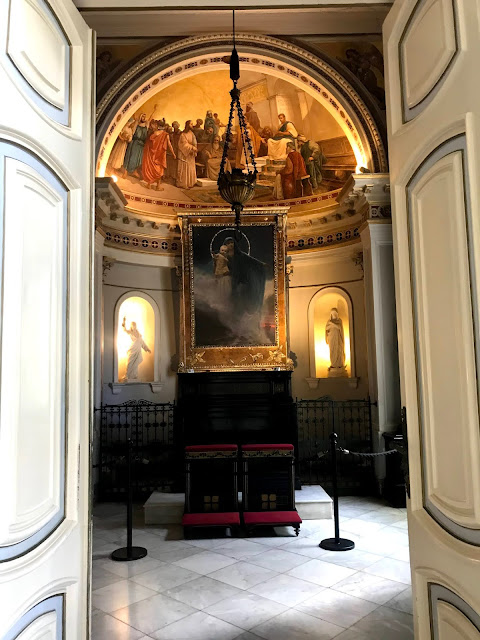 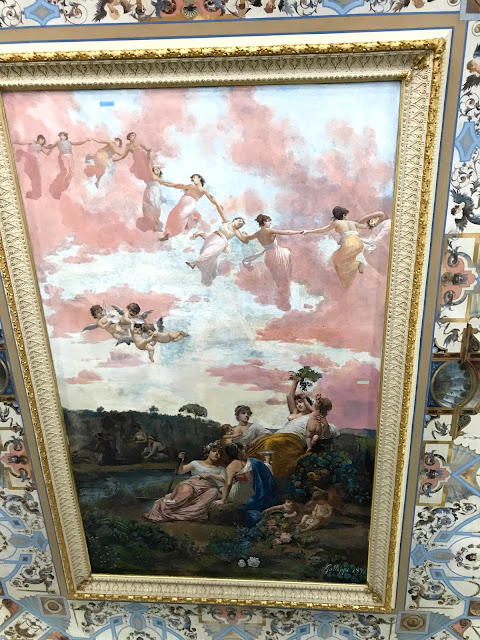 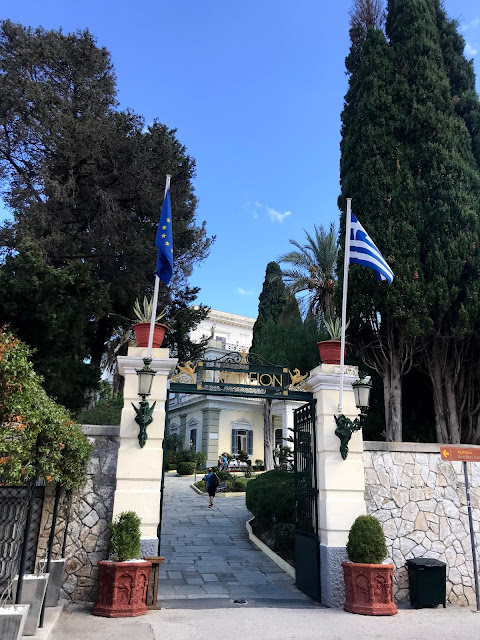 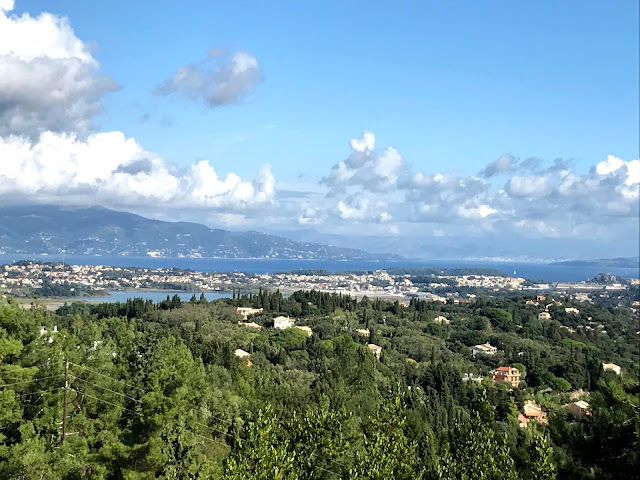