MAJOR WUHAN VIRUS UPDATE AND IT IS NOT LOOKING GOOD 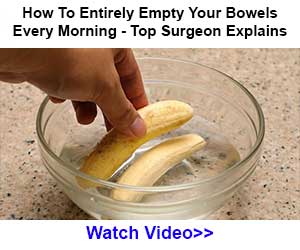 (Natural News) Undercover journalists in China have documented appalling conditions in Hubei Province funeral homes that are processing the dead produced by the Wuhan coronavirus pandemic. According to reports published in Taiwan, bodies in China are piling up for a week as the cremation ovens are running 24/7, driving funeral home workers to near-collapse as they burn hundreds of bodies per day with no end in sight.
A bombshell story published in Chinese by Liberty Times Net reveals that just one funeral home is “cremating 316 bodies per day” as its workers are driven to total exhaustion with just two hours of sleep per day.
On Feb. 3rd, in just one day, that one funeral home received 127 bodies, say undercover journalists. LTN reports that bodies have been piling up since Jan. 22, saying, “In addition, the Chinese media to the scene of the investigation found that there are deceased waiting for a week can not be cremated, funeral home staff pointed out that from the 22nd of last month, the death toll has soared, the current manpower and vehicles are completely inadequate.”


While the total numbers are not yet clear, at minimum, HUNDREDS of bodies are being cremated per day… and the workers are falling behind as bodies pile up

Note that the 316 bodies per day is from just one funeral home. That’s nowhere near the actual total of bodies being cremated in the region, of course. Another funeral home in the region, the “Hankou Funeral Home,” is documented to have the capacity to cremate 576 bodies per day all by itself.
We do not yet know how many cremation centers are operating in the Hubei Province, where the Wuhan city resides, but just from these two, the cremation capacity is nearly 900 bodies per day, and even then the bodies are piling up. From these facts we can deduce that the actual death rate in the region most likely exceeds 900 bodies per day.
This is true even as the official Chinese government’s figures claim fewer than 100 deaths per day. (Today’s official figures claimed just 89 deaths.) If the deaths were actually below 100 per day, the crematoriums would not have bodies piling up, obviously.
As Natural News reported yesterday, it is well known that cremation vans are running 24/7 on the streets of Hubei Province, delivering dead bodies to the crematoriums in rapid succession.

Earlier today, Imperial College of London Professor Neil Ferguson estimated that China is already experiencing 50,000 new infections per day.
Given the 15% mortality rate that has now been triple-confirmed, those numbers will, within a few weeks, translate into 7,500 new deaths per day, completely overwhelming China’s crematoriums, hospitals, transport vans, medical personnel and entire health care infrastructure. Essentially, the streets will be littered with dead bodies, and any realistic effort to process those bodies will either require bulldozing mass graves or transporting those bodies to other provinces for cremation. But that would mean exporting the coronavirus and accelerating its spread, of course.
So you see the conundrum in all this.
China is now facing a pandemic apocalypse scenario that threatens the entire nation and the power base of its communist regime.


This is NOT RUMOR. All of this is confirmed.

Here is why Wuhan virus takes 2 weeks to show symptoms:

The reason is complex, so I am just going to say this in layman's terms so everyone gets it: It has been confirmed that this bioweapon produces a protein that blocks replication of antibodies and destroys immune response. When you feel sick from something, it is the immune response that makes you feel sick, not the virus or pathogen itself.
At the same time this virus inhibits immune response, it produces a second protein that causes all the targeted cells to stop whatever they are doing completely, and dedicate their lives to producing more viruses. Eventually, this overwhelms the immune response inhibitors and the immune system realizes there is a problem and people eventually "feel sick" AFTER they are half eaten.
CONFIRMED: China has thrown in the towel. The coronavirus hospital will not be used because too many doctors are dead. Instead, they opened up stadiums and convention centers and are hauling off all the infected to these locations where they will stay in quarantine until they either get over it or die. I heard this earlier today but was skeptical.THIS IS NOW CONFIRMED.


The following is probably true, but not confirmed:

This particular biological agent is so persistent in the environment that a lot of the infected are being barricaded in their homes, which are subsequently being burned. The smoke from these burnings is what is causing the thick smog over Wuhan when all industry and most traffic is shut down. This is thus far rumor, but it appears so. There are now doctors and nurses (who have been infected) posting stating that the hospitals are now becoming death centers because so many doctors have died that there is no one at the hospitals to treat patients. A hospital without doctors or nurses is only a building, without doctors a hospital is like sitting at a bus station.
RUMOR: The World Health organization helped produce this virus and is doing everything it can to cause it to spread globally by guilt tripping countries into allowing people to travel without monitoring or protections.
FACT: They are definitely working to convince nations to allow unrestricted travel and are even using racism guilt trips to accomplish it. Why would they do that? PROBABLE ANSWER: This virus is THEIR BABY, Georgia Guidestone time!
FACT: The white race is the most immune to this virus of all races. The Chinese are the most affected race. RUMOR FROM ONE CREDIBLE SOURCE: (and it really appears this source is indeed extremely credible, this is a probable insider) - It appears that Arabs and Latinos are more susceptible to it though not as badly as the Chinese. I do not know about black people but they tend to follow whites in a lot of health related equations. However, blacks have a smaller average lung size which would really weigh badly against them in this case. So the verdict is still out on what would actually happen.
This data has apparently come from pre-testing ethnic groups with this virus before it's release. If this data is true, I SERIOUSLY DOUBT the Chinese would produce a weapon that would kill them better than anyone else. I simply don't believe they did this particular virus.


Take this to the bank:

The Chinese government lied, and we are likely looking at a biowarfare agent that kills 30+ percent of (chinese) people, and I have a hunch it's even higher than that. Even if this virus ends up not wiping out whites, China is going to retaliate badly if they were not the ones that caused this, and I doubt they were. Definition of retaliation does not mean "higher prices at wal mart", no, it means you'd better be ready for an NBC event. If they did this to themselves, they'll be honest enough to not do anything to the outside world. But if they conclude this was done to them, WATCH OUT, they are a nuclear power after all . . . . An important side note: I have discovered that "leaves on trees" in Wuhan does not necessarily mean fake. There is one species of tree in Wuhan that holds it's leaves through Wuhan's relatively mild winters. Trees like Oaks, Birches and Elms drop their leaves and can be seen without them clearly so if you see leaves on any trees, look in the background or anywhere possible in the videos for familiar species, if you see an Elm or other familiar tree with leaves, the video is fake. That is still happening a lot.

This virus may kill China. They are going through a "last train to Wuhan" scenario RIGHT NOW.

And a note to hoaxers:

Your posting of fake videos early on really screwed the awareness of what this virus really was. Maybe that was the goal - to get people who have a brain and can separate fact from fiction to call B.S. on the whole thing, so enough time was bought to get it to spread. It's too late for China most likely. And a lot was and is being done that caused this virus to perhaps become "too late" for the rest of us . . .


TENCENT'S NUMBERS MAY BE LOW


I hate to do this to people, but I just found a creative way to discover every crematorium in the affected area, and there are not only 3 as I originally posted. I figured that number was low, so I set out to find out what was really there. If you apply the same math, Tencent probably understated the deaths. The following locations have crematoriums:

Hankou Funeral Home #1
Hankou Funeral Home#2
Wuhan Wuchang Funeral Home #1
Wuhan Wuchang Funeral Home#2
Hankou Funeral House (#3)
Qingshan Funeral Home
Wuhan Changyuan Mausoleum Funeral Home
Echeng Funeral House
Huangxuan Funeral Home in Hankou, Wuhan
Hankou Funeral Home 4, Wuhan Civil Affairs Bureau How the above were found: I translated Crematorium Wuhan and dropped it into Bing, which referenced Google. Funeral Home Wuhan gets over 100 results at unique locations, so it is fairly safe to say these are the locations that have crematoriums. I then confirmed that each location listed above lit a unique location on the map. What does that mean?
If every one of these was doing a 24 hour burn as crematorium workers are claiming they are doing, they could likely dispose of 1, 000 bodies a day total. Considering bodies have filled all the morgues to an extent where they really are sitting around in hospitals, Tencent's statement seems low. Obviously there's no way to confirm this but it is obvious the Chinese government is lying.
Therefore, my new estimate is along the lines of what Tencent is saying, and with updates, would probably be 27, 000+ dead. That number makes a lot more sense in light of the way the government there reacted.

GET YOUR GAS MASKS.

Anything with carbon filtration is going to blow away anything that does not have it, and there's a chance that the carbon itself will catch viruses, even if they'd normally pass through the filters. Though it is being stated via multiple sources that this bioweapon targets the Chinese and not white people, it does mutate and now is not the time to procrastinate. GET YOUR MASK.
at 09:52:00