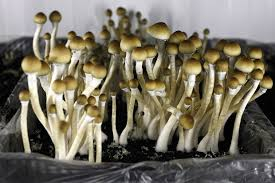 Roughly 40 percent of people with cancer suffer from a mood disorder, which increases their risk of suicide and impairs treatment. Evidence they can be helped by antidepressants is weak. “People are facing their own mortality, their own demise,” said Roland Griffiths, a professor at the the Johns Hopkins University School of Medicine and the lead author of one of the studies. “That’s a very special and quite poignant vulnerability that many people have in facing life-threatening illnesses.”
Two teams of researchers, one led by Griffiths and the other by psychiatrist Stephen Ross at the New York University Langone Medical Center, simultaneously ran the studies on participants who had life-threatening cancers as well as a psychiatric diagnosis of anxiety or depression.
For the treatment sessions, guides would bring the participants into a comfortable, living-room-like lab and equip them with an eye mask and headphones connected to a playlist of instrumental music. In New York, the guides held the participants’ hands and told them to state their intention for the day.
The guides at Johns Hopkins told Vincent, “If you see something scary, open up and walk right in,” she said. Then, they gave her a dose of psilocybin inside a gelatin capsule and stood back.
Vincent describes her six-hour trip as “spectacularly gorgeous” and “beyond words.” She saw a sea of green and purple shapes, then a deep-space emptiness with a monolithic presence, similar to the Borg Collective from Star Trek. At one point, a series of Egyptian ships and Russian dolls paraded before her. As she laughed and wept, something popped out at her from the mental kaleidoscope: A small, creamy-white, animated crab.

“It’s Cancer the crab,” she thought later, referring to the zodiac sign. “It could have been a big, horrifying monster crab that was about to tear me up and eat me. But it wasn’t, it was comic relief. There is still humor in life, there’s still beauty in life.”

In the Johns Hopkins study, half of the 51 participants were given a low dose of psilocybin as control, followed by a high dose five weeks later. (For the other half, the order of the doses was reversed.) The results were remarkable: Six months later, 78 percent of the participants were less depressed than they started, as rated by a clinician, and 83 percent were less anxious. Furthermore, 65 percent had almost fully recovered from depression, and 57 percent from their anxiety, after six months. By comparison, in past studies antidepressants have only helped about 40 percent of cancer patients, performing about as well as a placebo. At the six-month follow-up, two-thirds of the participants rated the experience as one of the top five most meaningful of their lives. They attributed their improvements to positive changes in their attitudes about their lives and their social relationships. Their quality of life improved, as did their feelings of “life meaning” and optimism—even though several of them would later die. “People will say, ‘I know I’m dying, I’m sad that I’m dying, but it’s okay,” Griffiths said. “Things are going to be alright.”